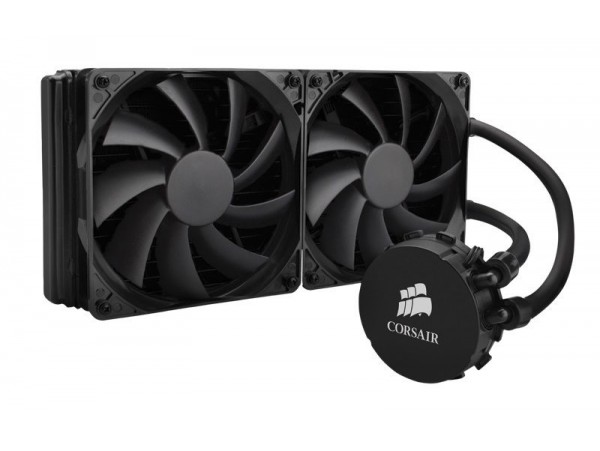 Hydro Series H110 is an all-in-one liquid CPU cooler that provides cooling thatвЂ™s far superior to stock CPU air fans. Liquid cooling simply works better than air cooling, and the self-contained design of the H110 makes it easy for you to protect your valuable CPU.

For efficient cooling, bigger is better вЂ“ itвЂ™s simple physics. If your PCвЂ™s case can fit a 280mm radiator, Hydro Series H110 will give you better performance. The larger diameter fans provide better airflow with lower noise than most 120mm fans, and the 280mm radiator has more surface area for faster cooling.

The blades of the included 140mms fan are larger than most 120mm fan blades, so they donвЂ™t need to spin as fast to deliver the same airflow, reducing noise without lowering performance.

The cold plate uses copper for outstanding heat transfer, and the manifold is engineered for efficient flow.