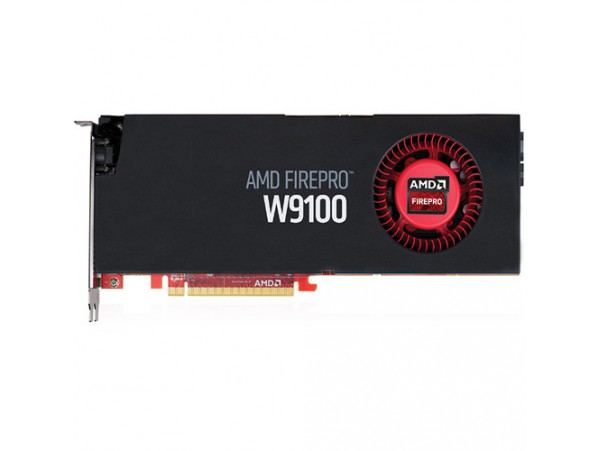 Work at a whole new level of detail, speed, responsiveness and creativity with supercomputing-class performance at your fingertips. Tackle the most complex modeling and simulation projects with speed and agility, or fly through edits, filters and color corrections, and process multiple effects in real-time.

Work at a whole new level of speed and responsiveness. With a 512-bit memory interface and 320 GB/s of memory bandwidth, users can edit 4K video, layer in multiple effects and color correct, or load massive assemblies and data sets and manipulate them in real time.

Tap into the parallel computing power of modern GPUs and multicore CPUs to accelerate compute-intensive tasks in leading CAD/CAM/CAE and Media and Entertainment applications that support OpenCL. With 2.62 TFLOPs of peak double-precision floating-point performance, AMD FirePro W9100 is the first graphics card to break the 2.0 TFLOPS double-precision barrier2. ItвЂ™s expected to support OpenCL 2.0, allowing developers to take advantage of new features that give GPUs more freedom to do the work they are designed to do.

Removes CPU bandwidth and latency bottlenecks and optimizes communication between GPUs within a system, as well as with third-party devices like SDI I/O cards. DirectGMA bypasses any need to traverse the hostвЂ™s main memory, reducing  CPU utilization and helping to avoid redundant transfers over PCIeВ®, resulting in high-throughput, low-latency data transfers.