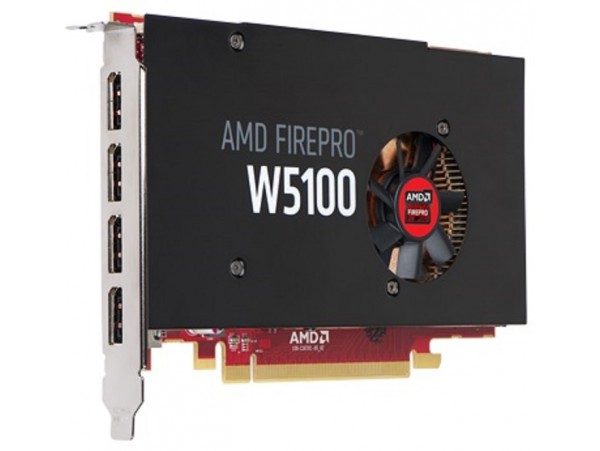 With 4GB of ultrafast GDDR5 memory, the most ever offered by AMD in this product class, weвЂ™re elevating application performance and system responsiveness to a whole new level. ??

The AMD FireProв„ў professional graphics product family is certified on more than 100 different applications for improved performance and reliability, including the most popular design and engineering and media and entertainment applications.

Allows the GPU to process geometry data at a rate of twice per clock cycle resulting in a doubling in the rate of primitive and vertex processing. Triangle rates increase two-fold relative to a GPU that does not possess GeometryBoost.

Tap into the parallel computing power of modern GPUs and multicore CPUs to accelerate compute-intensive tasks in leading CAD/CAM/CAE and media and entertainment applications that support OpenCL. AMD FireProв„ў W5100 supports OpenCL 1.2 and is expected to support OpenCL 2.0, allowing developers to take advantage of new features that give GPUs more freedom to do the work they are designed to do.