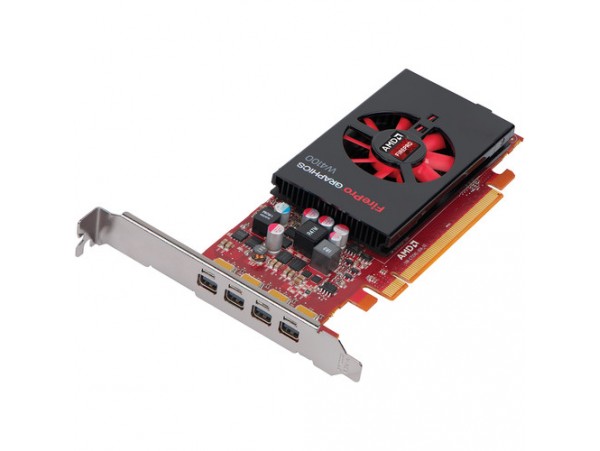 In a Class of its Own

The AMD FireProв„ў W4100 professional graphics card represents a completely new class of product; one that provides you with great graphics performance and display versatility while housed in a compact, low power design. Increase your productivity by working across up to four high resolution displays with AMD Eyefinity technology1. Manipulate models and large data sets with ease thanks to 2GB of ultra-fast GDDR5 memory.

The AMD FireProв„ў professional graphics family is certified on more than 100 different applications for improved performance and reliability, including the most popular design and engineering and media and entertainment applications.

AMD FireProв„ў professional graphics driver versions are released several times each year and include performance and feature improvements. Every version undergoes a minimum of 16 consecutive weeks of testing conducted by three dedicated quality groups. AMD quality groups perform both manual and automated testing using the most stressful scenarios our engineers are able to create, plus many challenging ones from our ISV partners and OEM customers.

The AMD FireProв„ў W4100 is based on the AMD Graphics Core Next (GCN) architecture, designed to effortlessly balance GPU compute and 3D workloads efficiently.

Equipped with 2GB of ultra-fast GDDR5 memory, the W4100 can accelerate applications and process computationally complex workflows with ease.

Let professionals tap into the parallel computing power of modern GPUs and multicore CPUs to accelerate compute-intensive tasks. The AMD FirePro W4100 supports OpenCLв„ў 1.2, allowing developers to take advantage of new features that give GPUs more freedom to do the work they are designed to do.

AMD ZeroCore Power Technology leverages AMD's leadership in notebook power efficiency to grant our desktop GPUs the ability to power down when they are not actively in use, also known as the "long idle state2."

AMD PowerTune is an intelligent system that performs real-time analysis of applications that utilize a GPU. In the event that an application is not making the most of the power available to the GPU, AMD PowerTune can improve that application's performance by raising the GPU's clock speed by up to 30% automatically2.